We’re Bringing Music City to You with Star-Studded Performances

While we don’t get to kick up our boots in Nashville together, we still want to bring a taste of Music City to you virtually. Watch exclusive concerts just for Applied Net attendees, and catch special performances by some of Nashville's most iconic singer-songwriters.

ACM Award-nominated and Curb Records recording artist Lee Brice performs an exclusive concert for Applied Net 2020. Brice is a GRAMMY nominee, a CMA nominee and a double ACM award winner, and he's taken six radio singles to No. 1, including “A Woman Like You,” “Hard To Love,” “I Drive Your Truck,” “I Don’t Dance” and “Rumor.”

ACM New Male Artist of the Year winner Riley Green gives an exciting acoustic performance. The chart-topper recently released his full-length debut album “Different ‘Round Here,” which includes the No. 1 hit “There Was This Girl.” Green was also selected as a CMT “Listen Up Artist” and MusicRow 2019 “Next Big Things.” 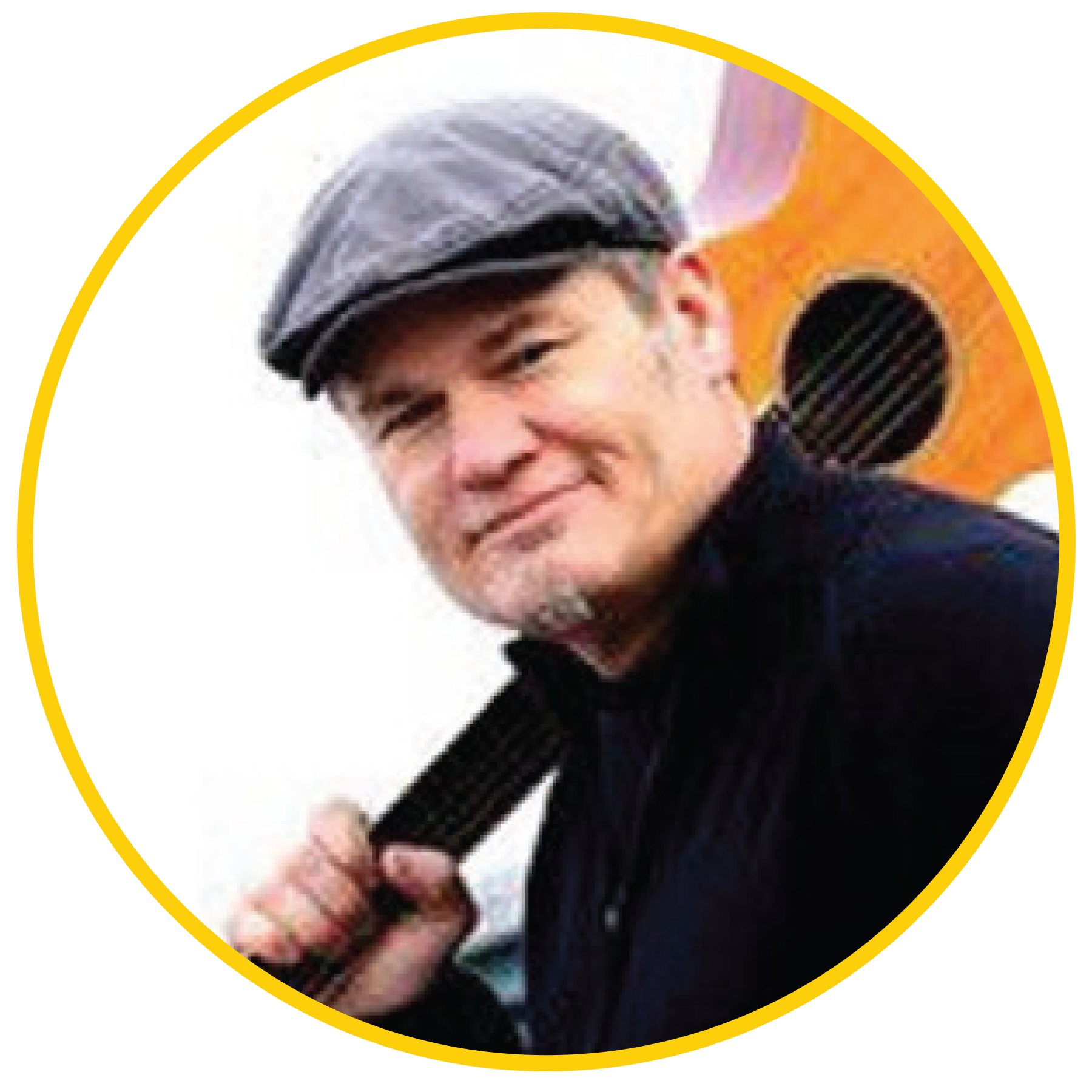 Originally from New Orleans, Barnhill has been writing and performing his entire life. Artists from Etta James, Martina McBride, and Jessica Simpson to Chicago, Leona Lewis, Tim McGraw as well as many others have sung his songs. “Walkaway Joe,” recorded by Trisha Yearwood and Don Henley, was a significant milestone to his career. The song went on to earn him a Grammy nomination. Barnhill also had a crossover smash with “House of Love” for Amy Grant and Vince Gill. He garnered critical acclaim with the 2014 single, Gary Allan's" It Ain't The Whiskey" which got rave reviews for its take on substance abuse.

Barnhill has also recorded, written, and produced a number of TV themes and jingles. In 2010, Greg Barnhill was nominated for his third Emmy and won an Emmy for ‘Best Original Song’ for the Today Show theme “Your Day Is Today.” 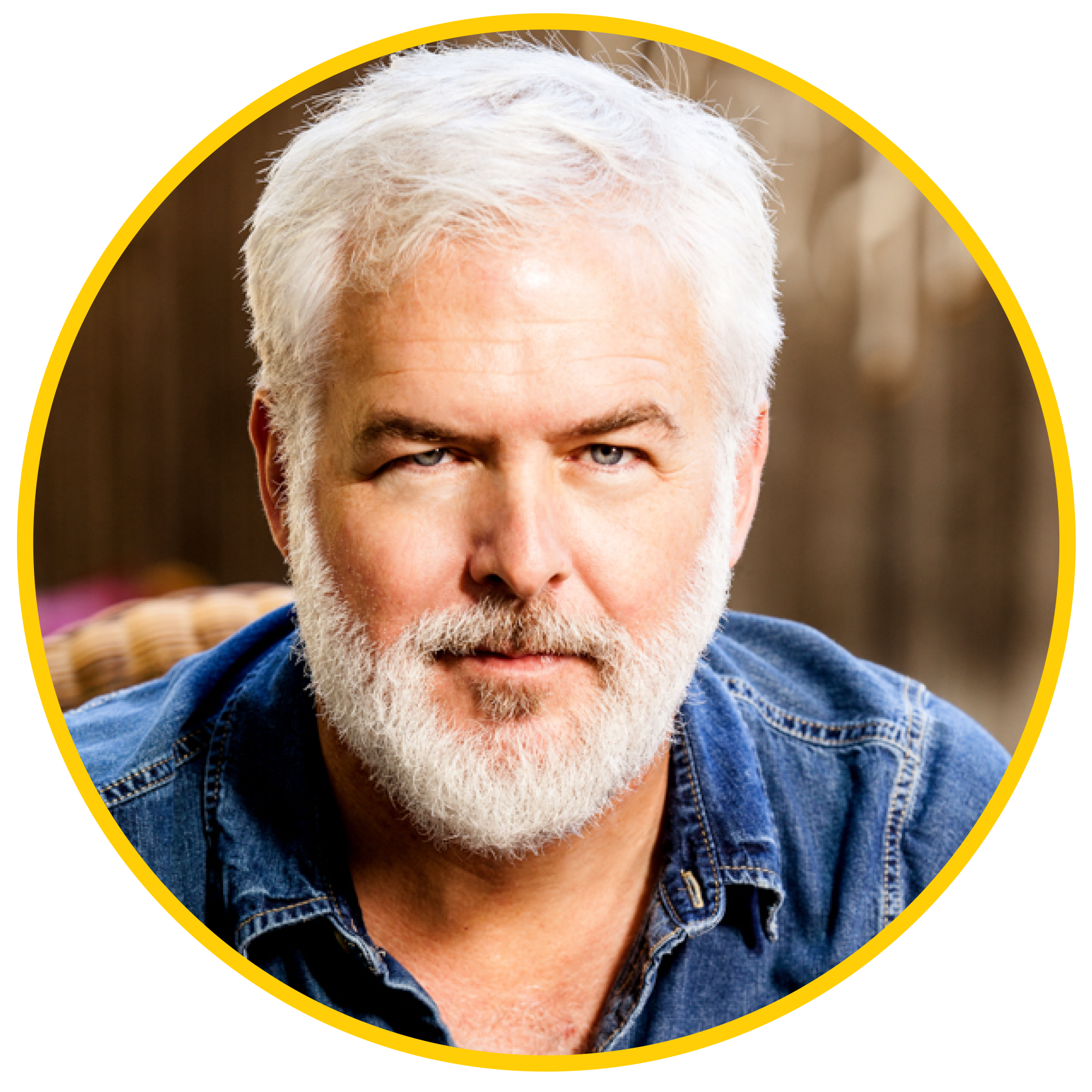 With a name like Rivers Rutherford, it's no surprise this soulful storyteller was destined to become one of Nashville, Tennessee's (and music's) most talented and accomplished singer-songwriters. Having grown up in the shadow of Elvis' Graceland homestead of Memphis, Rutherford came out of the gates swinging, landing his first cut with American legends Johnny Cash, Waylon Jennings, Willie Nelson and Kris Kristofferson (aka The Highwaymen). What followed were 8 #1 hits, multiple Grammys, CMA and ACM nominations, and over 20 ASCAP Awards, including both of the coveted awards for Country Song Of The Year and Songwriter Of The Year, all of which have firmly established Rutherford's position within the upper echelon of Nashville's most lauded songwriters. 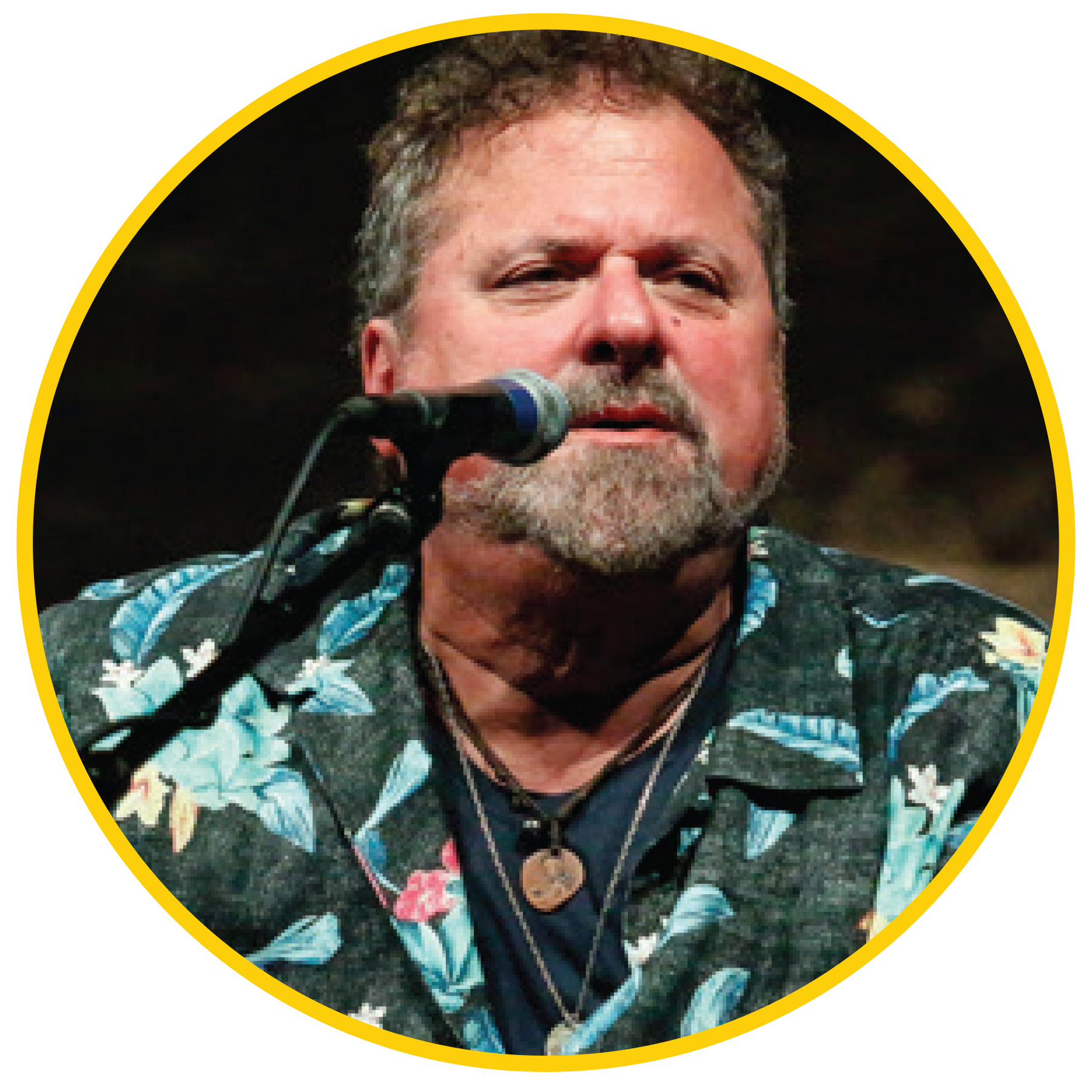 Hall of Fame Songwriter Bob DiPiero has been responsible for an uninterrupted string of country music hits. One of Nashville’s most prolific and consistent songwriters, Bob possesses a humble drive to keep learning and stay relevant. He has had over 1,000 songs recorded by other artists, countless hit singles, and an astounding 15 #1 hits.

Among his countless awards are 50 BMI Million--Air honors, multiple Songwriter of the Year awards and 2 consecutive Triple Play awards for 3 #1 songs within 12 months.

The Country Music Association also presented Bob with the CMA Chairman’s Award. On November 7, 2017 Bob DiPiero received yet another incredible honor when BMI presented him with their prestigious Icon Award celebrating his outstanding career achievement and honoring his unique and indelible influence on generations of music makers.

As the songwriter behind some of country music’s biggest hits of the last two decades, Jim Collins is pure and simply a hitmaker. He is a member of  the Texas Songwriter’s Hall Of Fame and a two-time GRAMMY® nominee who has written songs that have launched careers for new artists and created peak moments for some of country’s biggest superstars. 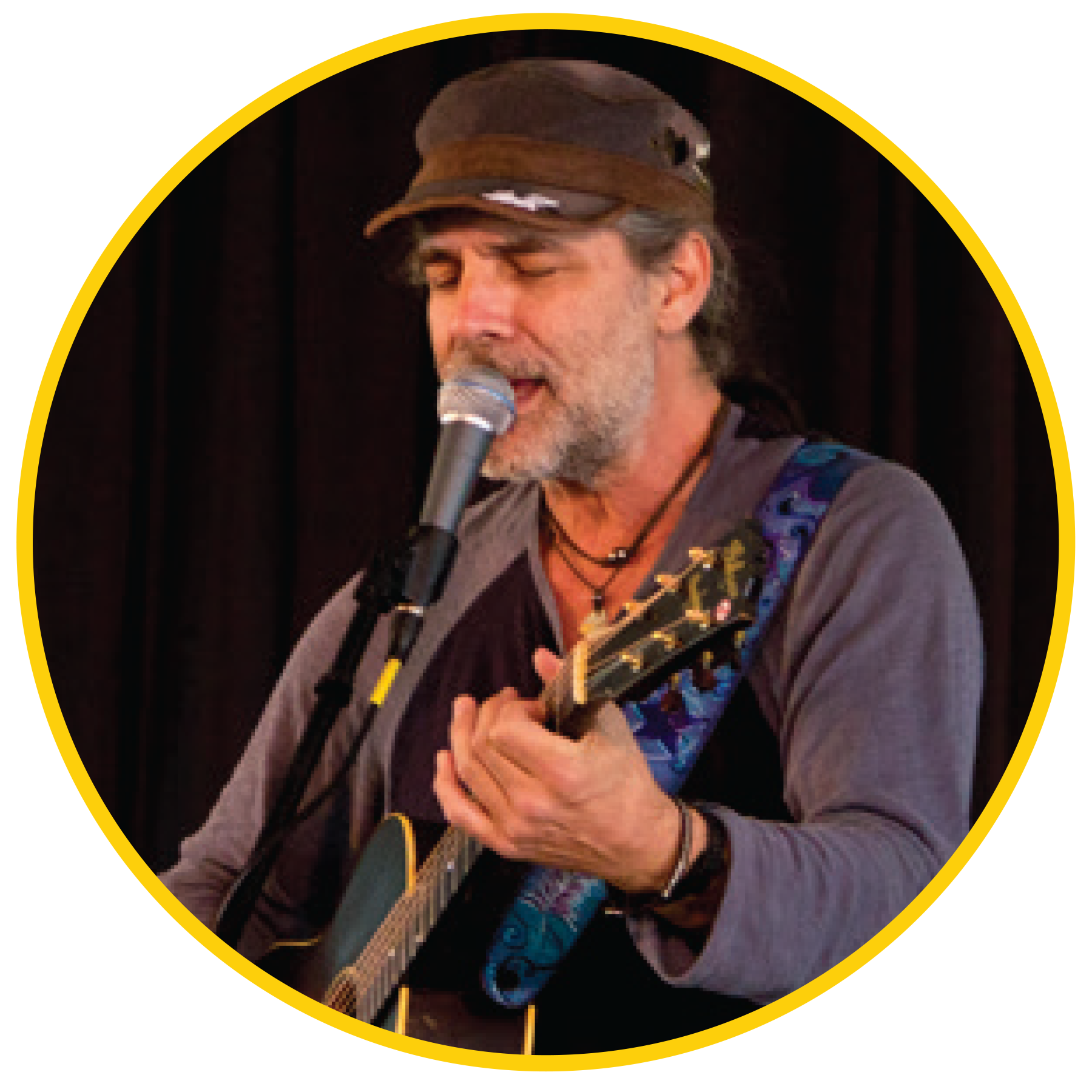 Chuck’s chart-topping songs have logged over 25 million terrestrial radio airplays, over 700 million streams, and he has been the recipient of numerous coveted BMI Million-Air awards. His song, “I Love The Way You Love Me,” won The Academy of Country Music Song of the Year.

Chuck is, first and last, a Songwriter; and no one interprets a song like the writer of the song. His unique guitar style and engaging stories make for riveting live performances that will leave you wanting more.

An inspiring high school graduation performance and $80 were all it took to get singer/songwriter Kurt Thomas hooked on the music business. And now, the small town country boy from Dahlonega, GA has recorded four CD’s and opened for some of the biggest names in country music including Kenny Chesney, Brooks & Dunn, LeAnn Rimes, Gary Alan, Darius Rucker, Zac Brown Band, Ronnie Milsap and Josh Turner.

After opening for Chesney, Kurt went on to win CMT’s Music City Madness – a nationwide contest that lead to Kurt’s doing an Unplugged Studio 330 session on CMT as well as a mentorship with Grammy-award winning singer, Randy Travis.

Today, Kurt Thomas is doing what he does best: writing songs and playing shows all over the United States. He is married to his high school sweetheart, Sabrina, and they have four children. “I’m loving life and enjoying the ride”, says Kurt, while living out his dream. 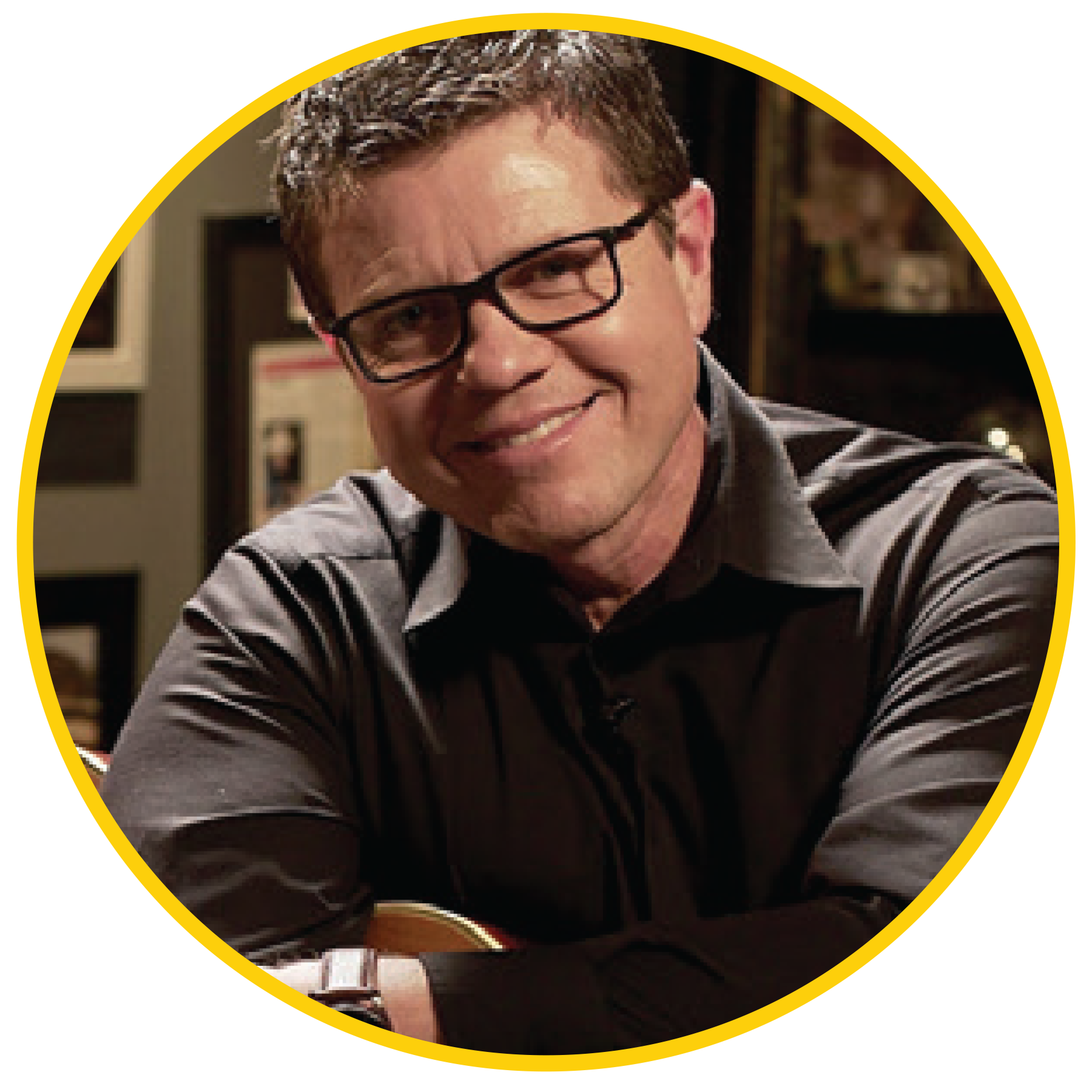 Lee signed his first exclusive publishing deal in 1996 and has been on the radio virtually ever since.  To date,  he has had 18 top 20 singles with 7 reaching  #1 and has earned 13 BMI radio performance awards. His songs have reached radio play in excess of 15 million spins.

His accomplishments include 3 Grammy nominations, a teen choice award, and 4 titles being nominated for ‘Song of the Year’ at major industry events.

He won both a CMA and an ACM award for Song of the Year with “In Color” as recorded by Jamey Johnson. “You’re Gonna Miss This” won Song of the Year at both the ASCAP and NSAI awards and single of the year at the CMA awards.